I started it for the first time on March 26th 2003. I got it off the table I built it on and took it for a very short ride on April 2nd, found a few bugs and ordered yet more parts. April 10th I finally get a good ride, 25 miles on a warm sunny day. It is a fun fun ride! 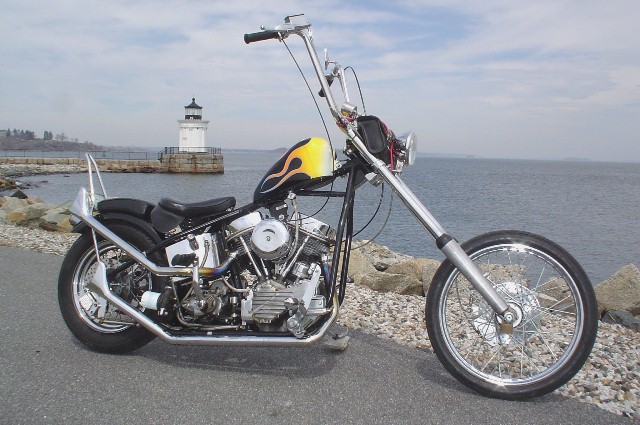 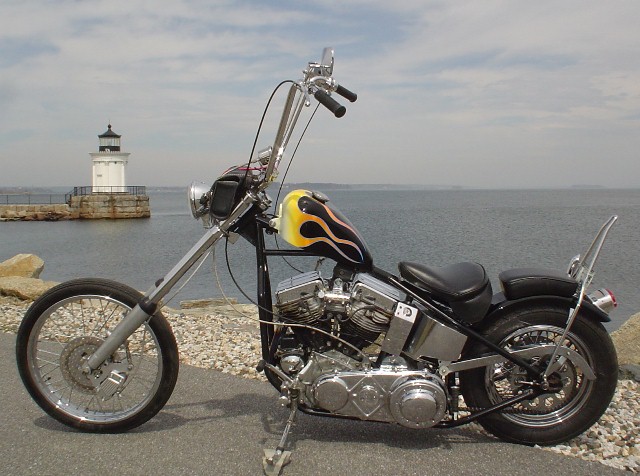 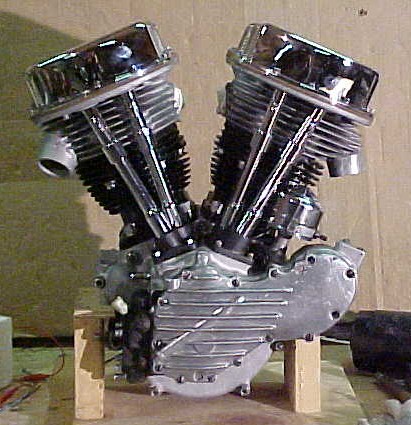 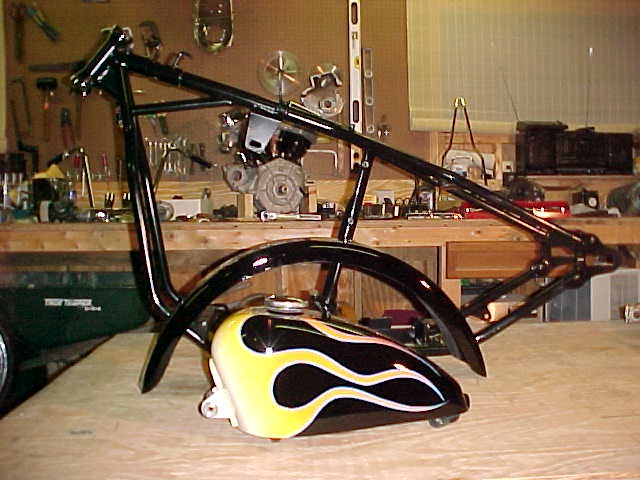 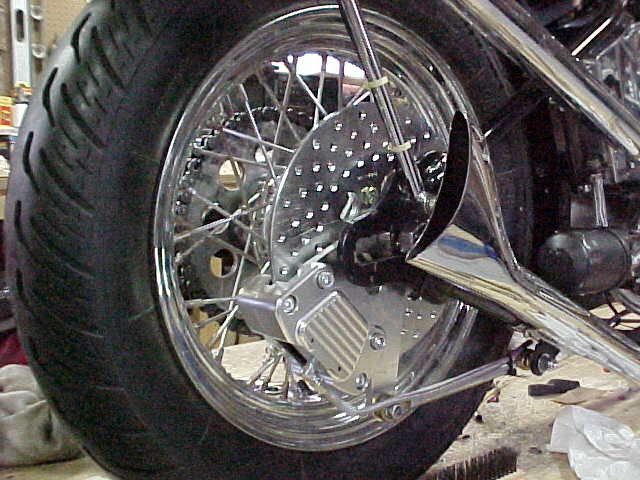 I wanted to avoid billet parts, but I wanted good brakes, so went with a GMA calipers. They don't make one for old Hydra-glide legs, so I adapted a rear caliper to the front end. 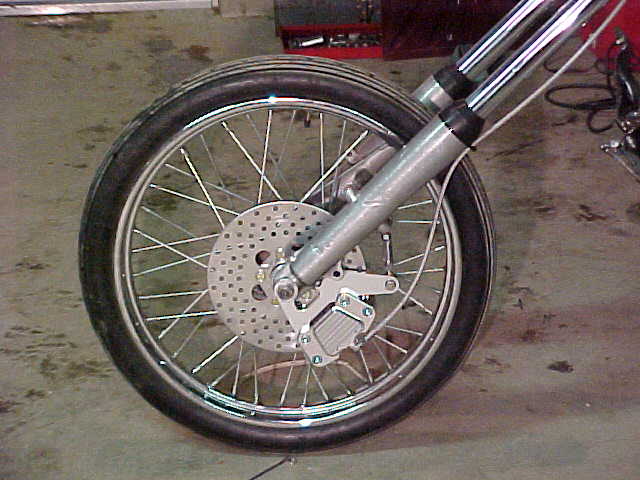 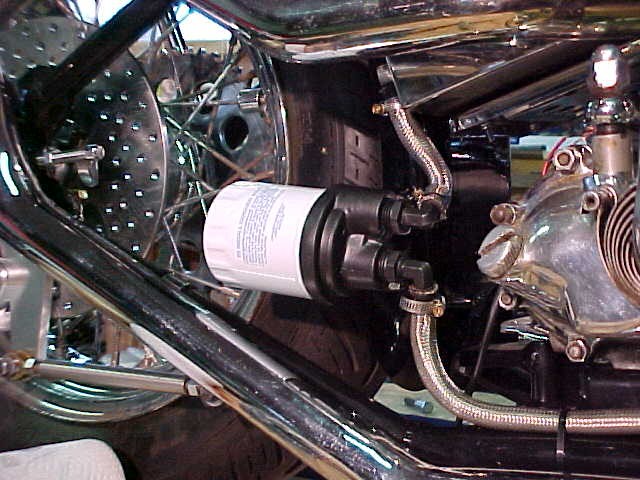 I found this oil filter mount at a swapmeet while in Daytona. It's bolted to the side of the flat rear fender. I have no idea what its off, but for $5 it works. 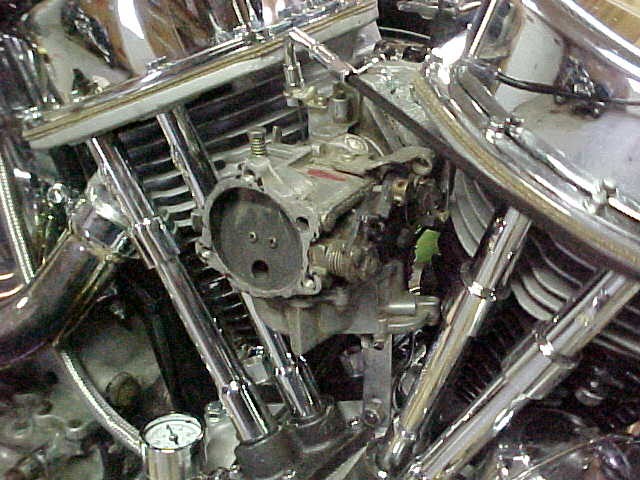 Nothing fancy here, an old Keihin carb I've had laying around for years. 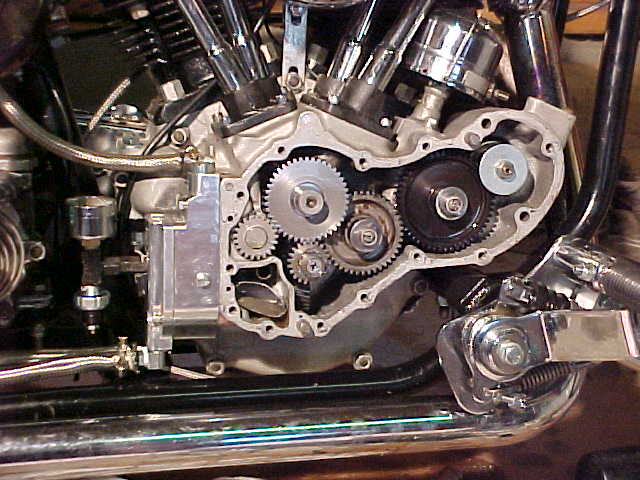 After 60 miles I wasn't happy with the oil pressure, it dropped to zero when hot, so I gave in and added another billet part, an S&S oil pump. It cured the problem, I now have 8-10 pounds of pressure at idle. 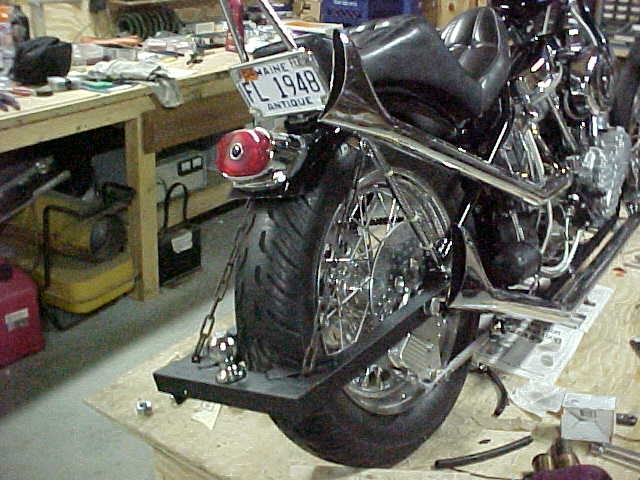 This is a trailer hitch I made out of angle iron for going to weekend rallies. It bolts behind the axle, and chains run to the sissy bar to take the tongue weight. I made the trailer out of a Sears cartop carrier. It carries 2 coolers, 2 sleeping bags, a tent, air matteress and pump, coleman lantern, 2 folding chairs, radio etc.

After a couple years of getting pulled over for high handlebars, stopping for gas every 75 miles and not being able to carry anything, I changed handlebars, tanks, pipes and added saddlebags, even added a front fender!. 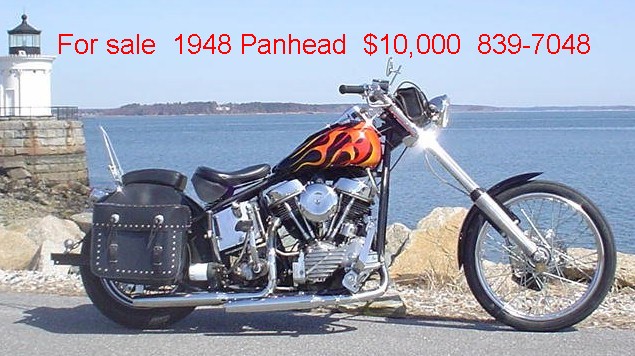